Tag Archives: The Sheep and the Goats

Did Jesus Preach the Gospel? 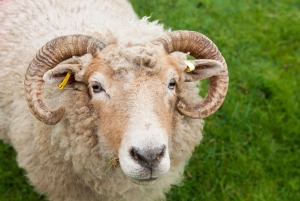 There are three parables/stories in Matthew 25 that on the surface, challenge a traditional evangelical understanding of how we are saved, the most powerful one coming at the end, where, in the story of the sheep and goats, Jesus says,

Then they also will answer, saying, ‘Lord, when did we see you hungry or thirsty or a stranger or naked or sick or in prison, and did not minister to you?’ Then he will answer them, saying, ‘Truly, I say to you, as you did not do it to one of the least of these, you did not do it to me.’ And these will go away into eternal punishment, but the righteous into eternal life.” Matthew 25:44-46 (ESV)

These sorts of stories pop up now and again in the gospels, as in Jesus’ closing words to the man in Luke chapter 10: “Do this, and you will live.”  “Wait a second,” we are tempted to interrupt the Lord, “isn’t it, ‘Believe, and you will live’?  Why is He telling the man to do something in order to have eternal life?”

And therefore, sometimes people are confused by what appears to be a discrepancy between what Jesus seemed to be telling people in order to have eternal life, and what Paul/Peter/John told people.

I have included a 12 minute video below that help you make sense of these questions. But consider this very important point:

Whatever we read in the gospels must always be filtered through the cross of Calvary.  So John Piper says he “reads the gospels backwards.”  This is most helpful because it is clear that each of the four accounts of Jesus’ life are not only accounts of his life…but also of His death. For this reason, each of the four gospel writers spends one third to one half of his time writing about the death of Jesus, and there is a cross-shaped shadow cast across all four gospels that forces us to consider everything in light of Calvary.

In contrast, I listened to a long audio book (45 hours’ worth, or so) on George Washington a few years back, and the author spent a relatively brief time (15 minutes?) describing how he died (he caught a cold and his doctor kept taking out his blood until he killed the founder of our country. Be thankful for modern medicine.) But my point is that the gospel writers focused on Jesus’ death and resurrection…because Jesus himself had such a focus.

So, Matthew 25 must be filtered through Jesus’ earlier proclamation in Matthew 20:

Jesus came to give his life…as a ransom, so that we might live.

In the meantime, what is happening in this parable of the sheep and the goats?  Well, surely, it’s not that we have to make sure we visit people in prison and feed the hungry in order to get to heaven.  If it were, how many would I need to visit?  Would one visit get me in?  10?  20? Regarding feeding the hungry, could I just visit a soup kitchen every Thanksgiving and make it in?  No, no, no!  Rather, when someone is truly saved, the desire to live in such a way, (especially toward one’s brothers and sisters – vs. 40) is placed in our hearts. Such desires inevitably lead to some sort of action.  Repentance always accompanies saving faith. So Paul wrote to the Romans about the “obedience that comes from faith.” Romans 1:5 (NIV)

And John could say:

But if anyone has the world’s goods and sees his brother in need, yet closes his heart against him, how does God’s love abide in him? 1 John 3:17 (ESV)

But in the same letter, he would write:

I write these things to you who believe in the name of the Son of God that you may know that you have eternal life. 1 John 5:11-13 (ESV)

For more help, watch this…

Posted by Roger Knowlton on February 4, 2015 in Uncategorized