RSS
← Is Baptism Necessary For Salvation?
What Happened When Chuck Swindoll Left → 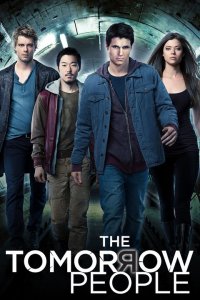 Annie and I recently finished watching a season of a T.V. show called The Tomorrow People. It was kind of fun, but was apparently cancelled after its first season, which I guess wasn’t a great loss. Anyway, the tomorrow people had extraordinary powers like the ability to transport themselves from one place to another or move things just by thinking about them (science fiction nerds call this telekinesis, FYI). But their final “gift” might have been the most powerful – they could read minds. Theoretically they didn’t ever need to say anything to each other, I suppose, but that would have gotten tiresome for a T.V. show, so they did a lot of talking.

Sci-fi has been exploring the idea of mind-reading for a long time, and for my part, I think it’s a fascinating concept. Think about it this way – we all have these thoughts that run through our minds constantly. What if I could always know what thoughts were running through your head, and vice versa? Yeah, let me read your mind right now – not a great idea, right? A little freaky. I guess I’d like to keep my thoughts to myself, and I’m sure I’m not alone in that.

Now, as you think about the idea of mind-reading, consider carefully Paul’s word to the church at Corinth in 1 Corinthians chapter 2…

For who knows a person’s thoughts except the spirit of that person, which is in him? So also no one comprehends the thoughts of God except the Spirit of God. Now we have received not the spirit of the world, but the Spirit who is from God, that we might understand the things freely given us by God. And we impart this in words not taught by human wisdom but taught by the Spirit, interpreting spiritual truths to those who are spiritual. 1 Corinthians 2:11-13 (ESV)

Powerful, no? Isn’t he basically saying that since we have the Spirit of God…we can read God’s mind?

Well…kind of. Of course, we have to be careful and thoughtful in how we interpret this. Obviously, our finite minds cannot really “read” God’s infinite mind. And more than that, we will surely never totally comprehend the Infinite One, not even after spending a billion years with Him in Eternity. But Paul seems to be saying that in giving us His Spirit, God has revealed Himself, even His very thoughts, in a most wonderful way to us.

What does this mean practically? Well, the message of the cross (Paul’s subject as this chapter begins) is basically incomprehensible to an unregenerate person, but when God grants His Spirit, the glory and wonder of Calvary begin to shine in our hearts. In a sense, we begin to “read God’s mind”, including His thoughts of sacrificial love and forgiveness and mercy toward us, revealed because He sent His Son.

Posted by Roger Knowlton on May 6, 2015 in Uncategorized

← Is Baptism Necessary For Salvation?
What Happened When Chuck Swindoll Left →